Recently Hilliard MacBeth, director of wealth management at Richardson GMP in Edmonton, put his reputation on the line by stating that Canada is a a housing bubble set to burst in the next few years. He makes the case for this in his book, When the Bubble Bursts: Surviving the Canadian Real Estate Crash.

MacBeth’s book will probably outline conventional strategies for weathering an upcoming economic storm: Get out of debt, diversify your portfolio, or invest outside the real estate market. These are sound pieces of advice well worth heeding, but what books like these fail to touch on are the more complex forces at work beyond the real estate market. I want to tie the housing bubble and economic uncertainty to larger, global issues like drought, energy, and climate change. Take for instance, the effects of those elements on California:

What happens in California has huge food and energy ramifications for the world at large. Already this summer’s unprecedented drought created a massive problem – some even going as far as stating that the government may have to move people out of the state. As extreme weather events increase in frequency, energy prices fluctuate, and industrial agriculture continue to strip soils of their fertility, the world’s eighth largest economy is looking like a shaky house of cards.

– What would We Eat if it Weren’t for California?

California’s an example of a fragile system coming under stress. In contrast, I want to refer to the concept of “anti-fragile” (a term coined by Nicholas Nassim Taleb in his book Antifragile: Things that Gain from Disorder) as mentioned in past blogs posts (HERE  and HERE).  I’ve become convinced that this concept is very important. If you understand what makes a system fragile, resilient, or antifragile, you can then make informed investment decisions and select antifragile assets that will improve in times of economic, ecological and energy uncertainty, and steer clear of those that diminish in value.

In Antifragile, Taleb states that because we can never succeed at making accurate predictions about the future, all we can do is determine how fragile, resilient, or anti fragile a system is. Food as commodity, fossil fuels (oil, gas and goal), and the financial system can all be considered fragile, and because many of us construct our livelihoods around them, we in reality are resting on very shaky foundations. Once we understand the fragility of a system or decision we can make steps to counter those decisions by investing in or moving toward systems or decisions that are antifragile.  For example buying food from local urban farmers or growing your own food instead of supporting yourself through a fragile global food system. Building a passive house that requires little to no heating energy instead of investing in a house that is all lipstick.

Back to housing: In North America, many existing homes are overbuilt, remove productive land for food, fuel, fibre, and fodder in favour of unnecessary square footage that costs money to heat. This excess square footage relative to population has been a growing trend in Canada and the US.

Brad Stelfox, a well-known local landscape ecologist & owner of ALCES Landscape & Landuse, stated the following in a recent email exchange with me:

“In the 1950’s the average house in Canada was about 1,100 ft2 and occupied by a family of 5, creating an average house footprint of 220 ft2/person. Today, the average house size is closer to 2,400 ft2 and these homes are occupied by an average of 3 folks, creating a per capita footprint of 800 ft2/capita. This change is further complicated by increases rates of “recreational homes” and divorce during the past 5 decades, both of which contribute to increased house area per capita. Once recreational homes and divorce are factored into the equation, the current average home area per person in Canada is closer to 1100 ft2/person. If these assumptions are reasonably accurate, then the average amount of house area per person has increased by 500% in approximately 2 generations.”

This growth in square footage per capita can lead to unforeseen consequences. Sudden price spikes in energy prices can dramatically increase the maintenance cost of these excessively large and poorly designed houses. When that happens, those with multiple investment properties may suddenly find themselves overburdened with energy costs and be forced to sell. This can flood the real estate market and create a sharp downward pressure on housing prices. One change, and everything can come crashing down – the very definition of fragility.

The upcoming series of posts is focused on understanding smart design and choosing the right investments so that when the real estate sector makes its correction, you won’t feel like you’re sinking. In fact, if you get this right, you’ll prosper – one of the key features of realizing an antifragile system. Fragile systems break when under duress, Antifragile systems break with lack of duress, within a given dosage. We can get there with making informed decisions, understanding good design, and taking the right actions.

Next Up: A look at debt 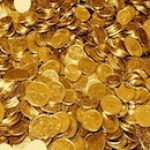