Letters from Rob from Jordan: Part I – First Day

In mid September, 2011, I headed to Jordan to attended the tenth international permaculture convergence (IPC 10). This is Part I. To read Part II of this series, click here.

I arrived safe and sound here in Amman, Jordan, yesterday (September 15th) in the evening after a long day of air travel across several continents filled with much excitement to be participating in the tenth international permaculture convergence (IPC 10). Every other year, permaculture designers, practitioners and educators get together at a different international location to share, connect and inspire each other.

This year the convergence is happening in Jordan, not far from the famous Greening the Desert project site. This is of particular importance to me as this was the original you-tube video that first introduced the concept of permaculture to me and ultimately why I took my first permaculture design course.

This morning (Friday the 16th) I woke up extra early due to jet lag but found some fellow permaculturists in the lobby chatting and getting acquainted. I could not help but think of the dendridic pattern when speaking with all of these amazing folks from all parts of the globe.

Think of a tree, a common dendritic pattern. The tips of the branches make quick small movements and there are many of them. In contrast, there is only one trunk and it does not move (or at least it takes a lot of energy to move it!). These designers are out there, on -the-ground, working in their own communities and in their own water sheds. They are working at the grass roots level, making small improvements and starting upward spirals. And here, we have all come together, with representation from so many different places and countries, to talk about positive solutions, what is working and what is failing.This is powerful as one of the core goals of permaculture is to solve problems at the root cause instead of dealing with symptoms like most modern day design. So when you get 100 designers in the room talking about different ways of approaching problem solving for 5 days you have an immensely powerful and positive approach to problem solving… just like the dendritic pattern.

The other theme that kept popping into my head today was connection. We have all heard the saying that permaculture is not the roof, the rain barrel or the solar panel but the connections between them. Well, designers around the world can be thought of as elements in an earth repair system, and so we are only as effective as our ability to communicate with each other and our communication is only as effective as our connection. Even though we have video conferencing almost everywhere on earth, humans are tactile beings that still benefit from face to face connection. I am really looking forward to making new friends and catching up with old ones.

The Princess of Jordan: “I truly believe that we have the ability to change for the better, … through Permaculture!”

I am going to do my best to write a few blogs while I am over here and send lots of photos. Tonight (Friday the 16th) we are headed off to a Gala Dinner where the princess of Jordan is giving a keynote address. This is very significant as Jordan is paying very close attention to how permaculture works to harvest water and grow food. Tomorrow (Saturday the 17th) there is a one day conference with key note speakers such as Bill Mollison, Geoff Lawton, Brad Landcaster, Warren Brush and many more.

After the conference we head off to Wadi Rum for 4 days (about 350 kms away) to the actual convergence. There we will be connecting with everyone and then we will be touring a series of archaeological sites finishing with a tour of both the Greening the Desert Project sites in the dead sea valley. Please feel free to add comments below or ask questions about Jordan and I will do my best to respond as I get time.

Despite the fact that the worlds problems seem increasingly impossible to deal with it is hard not to feel optimistic when you are surrounded by positive people who are working toward the same goals. Author Malcolm Gladwell has suggested that a previously rare phenomenon can hit a tipping point and become rapidly and dramatically more common at as little as 3 – 5% acceptance. I have this gut feeling that permaculture is about to reach that tipping point and be launched into a whole new realm of widespread acceptance & acknowledgment. 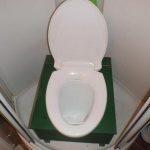