The change to Combined Heat and Power (CHP) in Denmark created a decentralized heat and power structure that gradually can be transitioned entirely to renewable energy.

By establishing local consumer-owned and municipality-owned Combined Heat and Power plants (CHPs) ownership of power production gradually shifted from centralized power production to local, independent, not-for-profit energy supply. This change to decentralized CHP happened over the course of 10 years, in parallel with building of 3200 MW of new wind power with 85% owned and used-by-community power co-operatives referred to as Independent

Power Producers (IPPs). By2001 a total of 45% of the 35 TWh of power used in Denmark was being produced by IPPs. Of the 45%, wind power accounted for 20% and CHP 25%. As a consequence the central power utilities (now owned by Vattenfall, DONG Energy and EON) had their share of the power market reduced to 55%. This transition took only 10 years to dramatically shift almost 50% of the power production from inefficient, centralized, fossil fuel companies to local, municipal or consumer-owned companies.

Coincidently this is the amount of time it takes to build one nuclear power plant, or roughly 1200 MW. This transition represented the single most important initiative to reduce CO2 emissions in Denmark.

In order to understand how Canada can benefit by following the lead of the Danish CHP and district heating model it is important to understand the history and framework that was developed and the subsequent advantages that they provided to the people of Denmark. This Danish model shows that a decentralized power system owned by the people can provide a sustainable energy future which reinforces that efficient power systems can built in a smart way to encourage local ownership and development of community renewable energy systems

History of District Heating In Denmark

During much of 1900?s fuel oil and coal made up a large fraction of the Danish heating supply on an individual basis. Typical residential homes employed fossil fuel burners to provide space heat and domestic hot water. This form of heat generation was problematic, it was expensive, dirty and required maintenance on a regular basis. In the early 1950?s the idea of decentralized community owned district heating systems started to arise which provided a cost effective, efficient solution for communities to get heat without the maintenance and at a reduced cost. District heating in Denmark started in big cities such as Copenhagen using fuel oil, coal and natural gas. Steam was produced for power and used the district heating loops as condensers thus increasing the thermal efficiency of the power generation dramatically.

The next phase was to offer CHP and new district heating distribution networks for towns and villages who were getting their heat from individual fossil fuel heating systems. In 1987 the Danish Steering Group for Renewable Energy implemented two programs to encourage the use of district heating and CHP. They included:

In addition, the Danish CHP program started with a few demonstration plants with sizes 100 to 3000 kWel. In 1990 the triple tariff system was introduced with tariffs for peak, medium and low load operation of the national power supply. To encourage building of local, consumer owned CHP a premium of power production of DKK 0,10 (?0,013) was introduced. These polices paved the way for towns in the size of 500 to 70,000 people to implement CHP district heating systems using gas

turbines, gas engines, solid municipal waste and biomass. Smaller centers typically used CHP gas engines and small biomass combustors, while the larger towns and cities employed gas turbines, or a combination of all of the technologies. Systems were designed based on the fuel available, the geography and the needs of the cities and towns. The majority of district heating loops in Denmark were installed from 1990-2001 and they were predominantly owned by the members of the community in which they were supplying. This gave control to the people and ensured that energy was distributed to the communities at fair prices. In addition, the savings due to the increase in efficiency could be reinvested in the community or given back to the energy consumers in the form of lower heating costs.

With these financial benefits it became possible for local district heating companies owned by municipalities or consumers to build their own CHPs and offer cheaper heat to the households. This became one of the driving forces which encouraged a rapid change to local CHP.

To the right is a comparison of emissions from central coal power production to natural gas combined heat and power for the same quantity of power produced.

CHP using natural gas in not renewable but CHP can be a renewable venture if the right technologies are used. Stationary gas engines can run on a variety of fuels which can be tailored to local fuel availability.

These fuels can include:

If these alternate fuel sources are not available natural gas can be used a transitional fuel while the community determines which fuel can be utilized in the future. In essence, district heating with CHP provides the initial framework towards a renewable energy power and heat system.

Advantages of community based CHP units are vast, the main benefits being:

Individual Use of CHP

In addition to community power systems, single users could also benefit from the use of CHP. Companies that already have back up power can follow the lead of the Reichstag (German parliament building) who recently started using its back up plant oil CHP unit as the main power supply for the building and using the grid as the back up. If the infrastructure is already in place then there is little to no capital cost to switch the operating philosophy, simply a management decision. Other single users of CHP can include apartment buildings, condominiums, commercial buildings, and industrial businesses.

The good news is that there are companies emerging in Canada to provide the combined heat and power service. Power Ecosystems of Calgary Alberta is setting itself up to provide CHP to commercial buildings, community rec centers and pretty much anyone who needs both heat and power. There is also a company out of New Zealand which offers a small Sterling Engine CHP called the Whisper Gen which Enmax plans on selling to its customers. Slowly the solutions are emerging but unfortunately if Canada wishes to developed the power and heating infrastructure in a similar fashion to Denmark we are going to have to embrace the concept of community owned utilities. This could be as simple as the community association of Bridgeland in Calgary getting together and setting up a community based CHP system and district heating loop to provide heat and power to the homes and businesses of Bridgeland. This concept might sound a little foreign to most Calgarians but it can be a reality if the people want it. 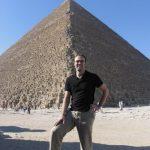