Like many Albertans, Michael’s career followed the booms and busts of the oil industry. Having been a former electrical draftsman and designer, sales associate and manager, arts teacher and oil painter, tour operator and driver, office manager and project administrator, she finally found her life’s work after a friend showed her “Greening the Desert”, a video in which Geoff Lawton transformed a ten acre plot of hot, salty sand into a food oasis. Her eyes opened to the hope and solutions offered by permaculture, she attended a few of Rob’s lectures where his comments opened up new avenues of thought.

New synapses started firing and Michael saw possibility like a carpet of green unrolling before her. She decided to register for the two-week intensive PDC in the summer of 2011, and the rest is history.

“Rob continued to be a valuable mentor to me at this time and his advice and collaboration on one of my projects helped me to get over that one big hurdle that finally launched me into designing and installing perennial food systems.”

Since that time, Michael has done a workshop with “The Soil Doctor” Doug Weatherbee, attended the International Permaculture and Convergence in Jordan, met with the late Bill Mollison, Geoff and Nadia Lawton, Brad Lancaster, Tony Rinaudo, and many others. She founded Genesis Permaculture and began offering services to anyone interested. Five years later, Michael is now the president of the Edmonton Permaculture Guild (EPG), an organization seeking to bring about food security to the region and develop education programs that cultivate resilient communities. It recently won a Fruit Award given by Operation Fruit Rescue at the Yards in Bloom Annual Awards Night, and was nominated by the Emerald Foundation for its work on the documentary, “Sustainable Me”, which premiered this fall. Through her many engagement with others, Michael has seen that we have the necessary tools to bring about change, change that will deliver a future we can be proud of, a future that nurtures all living things.

The name “Genesis” represents a rebirth, not only of Michael’s personal journey towards permaculture and her vocation, but a rebirth of Earth and society. Its mission: To demonstrate how we can all transform our yards, communities, and cities into vibrant and green food oases, restoring a much needed balance to our ecology.

Over the past five years, Genesis Permaculture has focused on designing and building perennial food systems for urban and rural properties throughout Alberta.  Many sites are now entering their fourth year, with the soil, perennials, and outputs thriving and generating tons of harvested fruits and vegetables, full larders, and satisfied clients. An added bonus is that other people are starting to take notice and wanting to transform their own yards into perennial food forests. (One passerby remarked that she loved walking by a client’s yard because it smelled like Hawaii!) Connecting people to the land and helping them sustain themselves with food from their gardens is what drives Genesis Permaculture, and teaching permaculture principles to others is what sparks Michael to do what she does, each and every day.

“We can make a difference! There is a need all over the world for permaculture teachers and practitioners to not only impart this knowledge as it pertains to our food systems but also how it applies to our society as a whole; how we build our cities, communities and our personal connections with one another. To work towards regenerating all systems, not just our food.”

Interested in learning more about Michael and Genesis Permaculture? 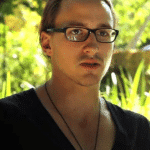 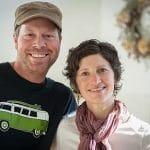