When Kye was nine, he shared a notebook with two friends on a weekly basis so that each one could write a chapter in the novel they were creating together. Titled “Team of Courage”, it was about a group of animals that liberated endangered animals from poachers. Often there would be battle royales between the poachers and the animals – with the animals always winning. Ever since then Kye has been obsessed with animals, the earth, and their protection.

This devotion eventually led Kye to science; when he was 19 he went to university for Marine Biology, but soon discovered that wasn’t his path. He started managing a produce department in Canmore. Working that job helped Kye realize the wastefulness of the conventional food system, and it horrified him. Restless, he left Canmore to attend the University of Calgary, planning to pursue environmentalism from a literary standpoint, Edward Abbey-style.

Two things happened post-graduation that changed Kye’s life forever. He had yet another heart surgery at the age of 26, having been born with a complex congenital heart condition. It reminded him of his vulnerability and the limited time he had on this earth.  A year later and fully mended, Kye decided to enroll in the Verge PDC program. For him, permaculture simplified environmentalism by creating a system that coexisted with the natural world. It was here that Kye learned about SPIN farming, and before long he started a SPIN farm in Calgary called Grand Trunk Veggies. Since then, Kye has been on a fast moving trajectory intent on changing our food system.

YYC Growers began in 2014. Several urban farmers saw the potential to synergize their efforts by collectively sharing a farmer’s market booth and running a combined CSA. Formerly, all the urban farmers were competing at the same markets and selling the same products; by working together, they could plan around crop gaps and reduce the amount of time they each spent by rotating farmer market shifts. What started as a mission to increase urban farm sales grew into a mission to empower urban and rural farmers to work together and reeducate Calgarians about the potential for a local Calgary food system.

Currently, YYC Growers assembles Harvest Boxes using the products of 16 farmer members and distributes them each week at farmer’s markets and other pickup locations. They also supply a handful of restaurants with farm produce. Newly incorporated as a co-op, all farms in YYC Growers have the same voting power, regardless of the amount of sales they do through the hub. This is critical in how the company values each producer regardless of the size of their operation.

While YYC Growers’ big picture vision is “local food on the plates of all Calgarians”, it is currently focused on building its Harvest Boxes CSAs into a program that will offer local food throughout the year. Since YYC Growers is fortunate to have a variety of producers from aquaponics operations, greenhouses, and in-soil farmers, its offerings all season are quite robust. The farmers of YYC Growers are all pioneers in sustainable agriculture, understanding the importance and need for soil and earth care.

The Building Your Permaculutre Property Bundle is $100 off - sale extended until May 7th! 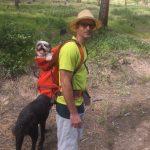 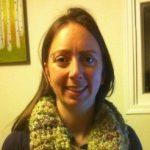