Kenton Zerbin first heard about permaculture while he was a student at the University of Alberta, taking classes for his education degree. “I saw a poster advertising a three hour permaculture workshop with a sliding scale fee and, having just finished a depressing class on the conservative nature of the educational system, it felt like too large of a coincidence to pass up” he said. Kenton was becoming more disenchanted with the education courses he was taking and knew that he needed to challenge the educational paradigm being taught. He did not feel that the courses and material were keeping up with our changing world, but from the moment that he began hearing about permaculture, it resonated with him.

After completing Verge’s PDC at Gull Lake in 2011, about six months after his first permaculture workshop, he had a plan on how to introduce permaculture to his students. Kenton started a lunchtime permaculture club in the high school where he works, just north of Edmonton. For the same reason he became a teacher, Kenton took the PDC. “I wanted to change the future in a positive way and have a positive impact on the next generation” Kenton stresses. On a regular basis, about twelve students meet at lunchtime to discuss sustainability, watch documentaries, and plan field trips.

Though he is modest about the changes he has made in his life due to the PDC, Kenton uses permaculture on a regular basis. It influences everything from how he organizes his shoes to planning his future career. To maximize space, Kenton built a shoe organization system in his home using pallets for vertical stacking. Having never attempted gardening before taking the PDC, Kenton now gardens, has done several landscape designs, is engineering a worm farm, constructs pallet gardens, composts, and has helped build an Earthship and straw bale house.

Above all, Kenton maintains that the greatest thing he learned in the PDC was the importance of community. “Sometimes it just seems that we are connected to everything except each other in a meaningful way” Kenton said. He stressed that coping with the enormity of information on sustainable practices, coordinating the the wide-ranging skills it takes to put such information to use and having a network of encouragement and support is something we can accomplish only in numbers.

While Kenton is working out the details of where the next few years will take him, he is certain that they will involve a WWOOFing (Willing Workers On Organic Farms) experience and becoming a permaculture teacher.

Kenton is now running KZ Permaculture. Check out his website for his amazing lineup of permaculture & down-to-earth living courses in the Edmonton area. 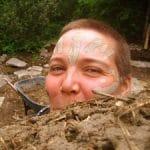 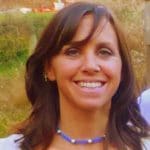