Coming from a family of entrepreneurs, Cody has owned and operated businesses throughout Alberta and British Columbia. In 2005, he met and befriended Rob and Michelle just before they started out on their permaculture adventure. After completing his Verge PDC in 2009, Cody set out to implement permaculture principles in his business endeavours. In 2010, he started reFind Consigned Fashion in Olds with his previous partner and built up the business over the next several years. He began volunteering for the Olds Institute for Community and Regional Development in the area of sustainability, becoming the chairman in 2015. Today, the Institute currently comprises over 70 volunteers working in many areas of community development using the Natural Step sustainability framework.

In August 2016, Cody opened another location of reFind Consigned Fashion in the Kensington area of Calgary.

ReFind was born out of a desire to operate a business that embodied the values of its founders, which were rooted in community, sustainability, and permaculture. Its success in Olds is largely due to efforts educating the community about the local and global socio-economic and environmental benefits of reusing and upcycling apparel.

reFind believes strongly in win-win relationships and is committed to the following:

– Selling items at the highest possible profit for the consignor while remaining competitive in the resale clothing market.

– Being an environmentally and socially responsible business.

While an estimated 46% of gross earnings of the average “locally-minded” business stays in the community, reFind retains over 85% of its revenue within the local economy. This is mainly due to the fact that community members are also reFind’s suppliers. Since 2010, reFind has paid out over half a million dollars to its 2,000 consignors, all of whom are local citizens. While consignors are paid an average of $250, some have been paid over $2,500. These numbers grow every year, making a significant impact to the local economy.

In August of 2016, Cody and Francesca Barretta opened a new and larger location of reFind in the Kensington area of Calgary. Although there are several existing consignment stores in Calgary, reFind’s emphasis on values and permaculture principles is geared towards making a bigger impact on the used clothing sector and promoting a more sustainable alternative to big box retail clothing stores. 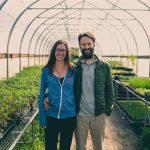 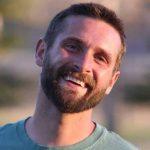