Born and raised in Southern California, Briana found her way to Canada as a 19-year old water polo player and artist. Attending the University of British Columbia as a student of art history and cultural philosophy, her teachers and peers constantly involved her in discussions of sustainability and local resource management (not to mention American politics). Exposed to these ideas, Briana began to seriously engage with environmental awareness for the first time. She completed her degree in 2008 and in 2010, after working on a large art project for the Vancouver Winter Olympics, left the city to practice organic farming in Nelson, BC.

Briana met Rob and Verge in early 2011 and became an instant permaculture convert. After her PDC, she devoted months of study to food forestry, managed/developed an orchard/pond system, and continued WWOOFing across BC, California, and Costa Rica all the while running a small graphic design practice.  She launched Califia ECOdesigns, a drought-tolerant landscape design company in 2014 and has been developing it across California ever since. (She still visits and lives part-time in BC.)

Califia is the namesake of California, a wild queen imagined by Spaniards in the 16th century. To Briana, she symbolizes the future landscapes of California. Landscapes that are layered with thriving, sustainable gardens. Landscapes that embrace the native environment, our present climate and the need for more productive habitats closer to home.

Califia ECOdesigns utilizes cutting-edge design disciplines to create rich, diverse, and breathtaking landscapes that offer both beauty and sustenance and can be left to themselves as much as possible. Califia’s specialty revolves around drought-tolerant landscapes and graywater dispersal planning.  Its mission: To convert as many landscapes as possible into thriving low-input environments and help reshape urban ecology through functional design. Califia ECOdesigns executes all designs in 3D and work with architects and contractors to support environmental efficiency on commercial and development-wide scales. Currently, it is in the process of developing a pre-fabricated drought tolerant landscape design service. 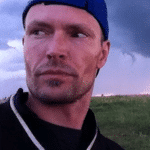 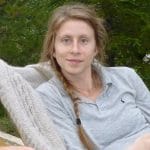