The Farm Team is a group of five permaculture enthusiasts with 15 acres of land an hour out of Calgary. Audrey Smith, Mike Yaunish, Sean Davis, Anaya Lea, and Andrea Rocchio live together and pool their efforts to grow local and nutritious food. Drawing upon permaculture principles and insights gleaned from their permaculture design training and the Adaptive Habitat Land Design Program, the group is passionate about making farm-to-table living a tangible reality.

A Diversity of Backgrounds

Audrey Smith: I first heard about permaculture when I was teaching Environmental Design at Crescent Heights High School. As an artist and educator, I was excited to learn about a design science that addressed elements like closed loop production, holistic planning, and self-sustaining fertility. Verge was the obvious choice to learn from; I love their generosity of intent and the range of information they offer through their practice.

Mike Yaunish: I was a computer technician for the three decades of my corporate career, working at IBM and then later running my own consulting business. I first heard of permaculture in 2009. What appealed to me was that there was a way for me and others to live more harmoniously and gracefully with the natural world.

Sean Davis: I received my PDC through Geoff Lawton’s online course in 2014, but wasn’t in a position to do much with the knowledge until we began the Farm Team project two years ago. I find myself drawn to permaculture for its ability to transform landscapes in drastically positive ways.

Anaya Lea: I guess you can say that I’m a jack of all trades and master of none. I’ve built my own house with my husband and worked alongside with my dad on construction projects. I’ve run a consulting firm, headed up non-profits, and owned rental properties. I have a Master’s degree in psychology and have done training and facilitation work in the corporate world.  These elements, along with my age and life experiences, now inform how I approach the Farm Team project.

I don’t remember what I was searching for on the internet when I came across permaculture. I know it was in early 2010. I was just becoming aware of how mixed up and upside down everything in the world was and how permaculture came across as a profound truth. It resonated with my soul.

Andrea Rocchio: I came to Calgary about ten years ago to work for Schlumberger, a global oilfield services & equipment company, doing quality control and training on newly developed software. I eventually worked my way up to Fleet Coordinator for Canada, but was miserable doing it.

Being interested in growing my own food, I first came across permaculture through one of Rob’s lectures at a church at Hillhurst. I met Michelle later at the Calgary Car Share and have been following Verge ever since. At the first Permaculture Convergence hosted by Vance and Brenda Barritt, I knew I had found my tribe. Permaculture made so much sense and gave me hope that there was a solution to the chaos we’re seeing in our world. It gave me an instant community of people who were up for doing important work.

The Perks and Challenges of “Co-Lifing”

The main advantage of creating the Farm Team is that we were able to get access to land. None of us had the money, time, or energy to do this on our own, so co-purchasing and co-living has created new possibilities for us all. There have definitely been challenges. Insurance companies don’t know what to do with us because we don’t fit into any of their usual boxes. Currently, there is only one insurer willing to take us on. We wanted to keep the banking local at ATB, but they couldn’t grasp what we wanted to do. In the end we had to go to TD to put together a deal.

It also took some time and money to make our lawyer understand what we wanted for our shareholder agreement. Finally, neighbours were initially unsure what to make of us, but we’re slowly forging community connections.

People think we’re engaged in co-housing, but we think it’s more like “co-lifing.” Instead of sharing a meal a week, we share two meals a day. We eat very well and operate very much like an extended family, sharing duties around cooking, cleaning, getting groceries, and doing what needs doing.

We know that each of us has the drive and passion to make this project a success. We share a common vision on what our space can look like and produce. We’re eager to learn what it takes to be fully regenerative and to share and convey that knowledge. We know there will be many challenges and some or all of us may wish to abandon the project, but we’ve all committed financially to this for at least three years. This gives us the motivation to work through the hard stuff so the endeavour has a chance to take root.

From a permaculture perspective, we would like to represent a living example of social permaculture. The modern fossil fuel economy has pushed people into living in isolation, resulting in a loss in real connection. But nothing exists in isolation. By jumping into the Farm Team project and embracing the idea of community, we want to prove that this whole is greater than the sum of our parts. When we lived in the city and apart, we felt like we were merely dabbling. By committing fully and choosing to be an outlier, we feel like we can embody permaculture principles into all aspects of our lives.

Read Part 2 of this interview with more in-depth conversations and insights with each of the Farm Team’s members!

Want to learn more about the Farm Team and their work? 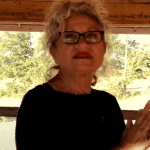