Welcome to “How Permaculture Changed My Life”, our ongoing blog series that features personal stories from students speaking on how permaculture shaped their careers and their lives. We’re back this month with a feature on Gaëtane Carignan – Agrologist, consultant, mother, farmer and founder of Naturaleza Ag in Fernie, BC. The first time I encountered permaculture was on an agroecological tour in Cuba. I was working on my Masters’ in agriculture, and we were learning about how the Cubans dealt with the collapse of their country’s industrial agricultural system in the post-Soviet era. I would later learn the name David Holmgren as one of the permaculture gurus who went and worked with them to adopt an alternate system on a large scale, but at the time all I saw were the closed systems. There were rabbits over worm composting bins. People were picking weeds and feeding them to their horses. Parking lots were turned into urban organopónicos to feed hospitals and schools. Little farms diversified in what they grew and brought workers back so people could feed themselves. I didn’t have a name to put to all these practices at the time. I didn’t know the term “permaculture” yet. But that was the first time I witnessed it in action, and I was totally hooked.

A few years later, I ended up at a program in Honduras as a food security advisor for a local NGO. They sometimes didn’t have much for me to do, so I ended up surfing the net a lot. I discovered Tad Hargrave out of Edmonton; he was doing a profile on Verge, and that was when all the lights went on for me. This wasn’t just in Cuba. This was in Canada. It was called permaculture, and it was what I had been looking for forever.

That was in 2011. I took the Verge PDC in 2013, driving from Manitoba to take it in Calgary. After the program I threw around a lot of ideas, as one does. We moved to BC, I got a job as an ecologist, and we were trying to figure out how to get access to land to play around with these ideas. It took awhile; we were living in an apartment staying engaged and involved with community gardens. Then the chance came. We were having a kid and my parents were on acreage in Fernie; they needed to downsize and we were looking for land to apply permaculture practices. So we took the lead. We did a big reno on the house I grew up in, designed separate living spaces, made it so that we could share childcare and snow shovelling and all that fun stuff.

Honestly, I think Michelle and Rob helped showed me the way. I saw how they lived and how they changed their lives to live multi-generationally, with Michelle’s mom living with them and integrating into the household. I don’t think I would have necessarily been open to that idea if I didn’t see them doing it first. Jade with her friends.

We had our first livestock this summer: a couple of steers on five acres. It was three months of watering them, making sure they had enough grass – the easiest thing in the world. My kid was happy. She had friends to feed weeds and clover to while I gardened. This year we grew enough potatoes, onions, and squash to last the winter but that really wasn’t our main focus. It was more about having a happy and relaxed summer with cows and vegetables. It did feel good to apply my Master’s in pasture management to my own animals though. The steers utilized land that was otherwise not being used, provided fire control by taking down the fuel in front of our house (super important as we’re smack dab in the forest fire zone), and converted forage into beautiful, ethical, and delicious meat. They lived happy lives, nourished my family and friends, and even generated a bit of revenue. I still can’t get over how successful the whole venture was, and it was so much less work than revenue from straight vegetables. I think we’ll try to do the same thing next year, but integrate more intensive rotational grazing to really maximize the forage, maybe add some meat birds with a mobile chicken tractor, which we already have, ready-to-go.

When we first moved to Fernie, which is basically a service industry, tourism-dependent town, I had no idea how I was going to continue in my career as a professional agrologist. I thought I might have to work at a hotel and suck it up in exchange for the access to land. Fortunately, I ended up starting a little business called Naturaleza Ag, and through it I got a full-time position with Community Energy Association, working on energy efficiency issues and supporting local government on climate change adaptation and mitigation.

The most exciting connection came recently when I got an opportunity to propose an integrated agricultural plan for one of the local First Nations communities. I based the plan on my professional expertise, of course, but I also made it clear that permaculture principles would be woven throughout. They seemed pretty excited about the idea. If the plan goes through, it could potentially result in a two million dollar permaculture project. I’m crossing my fingers! There’s always the pull, living in a consumerist society. To be in this town, to be making decisions on what and where we spend our money – it’s tough. Take the two cows: $3,700 upfront. At first I was like please please don’t get sick or die, because we would be out a big chunk of change. But it turned out to be the best investment. We actually made money while getting a freezer of healthy meat and a summer of great memories.

Right now I’m eyeing a $6,000 state of the art cargo electric bike. We are a two-car family, but in the spring we want to get away from that while having something that can haul around a utility trailer and do farm-ish, acreage things. I figure the bike can take my husband and his tools up the mountain, and it can also take my kid to daycare when I go to work. The alternative is a motorcycle, but then there’s gas and insurance and special permits to consider.

By looking at this purchasing decision through a permaculture lens, I can see how the bike is fulfilling multiple objectives. It’s going to be low cost in terms of maintenance. It’s going to last twenty years. I can throw my kid’s two little buddies in the back, bike twenty kilometers, and have fun while getting exercise. This stacking of functions – getting fit, spending time with kids, being outside, saving money – thinking things through in this way makes the purchase a no-brainer.

The great thing about a permaculture framework is that it pushes me to think about things like, “How can we do this a little bit better? What projects can we take on next? What should we add or subtract from our lives?” This approach is just fun to me. And it makes sense. Of course, the other side of this line of thinking would lead to a “prepper” mentality. But while that to me comes from a place of fear and competition, permaculture comes from a place of abundance and love. It sounds cheesy, but it’s true. Permaculture embodies cooperation, community, thoughtfulness. I think that’s why I was drawn to it, even before I knew what it was. 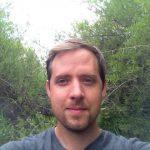 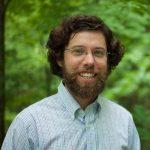