How Permaculture Changed My Life, by Dustin Bajer

Welcome to “How Permaculture Changed My Life”, our blog series that features personal stories from students speaking on how permaculture shaped their careers and their lives. This month, we’re featuring Dustin Bajer – educator, designer, master gardener, self-described network nerd, and founder of Public Ecology. 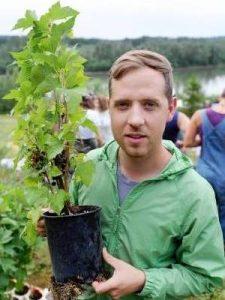 I grew up on an acreage outside of the city – both of my parents were really into gardening and landscaping. My mom had a beautiful vegetable garden, and my dad had a bit of a tree nursery. I always liked nature; I spent a good chunk of my childhood playing in the forest and building forts with the neighbour’s kids, but I don’t think I caught the gardening bug until later in life. As a kid, gardening meant weeding. Weeding was the worst.  Even then, I had a sense that there had to be a better way – after all, nobody had to weed the forest around our forts. That was probably the earliest hint that something like permaculture would appeal to me.

My first real connection with permaculture came at around 2006, when I saw Geoff Lawton’s “Greening the Desert”. I think we have this cultural narrative that human beings are a disease on this planet and that we ruin anything we touch. I never really bought into that, and then here’s this guy who’s transforming deserts into forests. That’s not even gardening anymore. That’s on a whole other level, like terraforming.

I was teaching in Mexico at the time, and I remembered walking through the jungles. At one point the guide turned to me, pointed at a tree-covered hill, and said, “that there’s a pyramid under it.” I remembered being in awe at the sheer regenerative force of nature, taking back our human landscapes. I remembered thinking about how we spend so much time and energy beating back nature, but ultimately in vain. So I thought, why fight nature? Why not partner with it? Could you imagine? If nature could do this despite our best efforts to oppose it, what could we achieve if we worked with it?

I was nearing the end of my time in Mexico so it got me thinking a lot about how I could partner with nature when I got back home to Edmonton. The first thing I did was start the Edmonton Guerilla Gardeners. I had no idea what I was doing but running around the city planting with great people was one of the most formative things I have ever done. Not long after that I ran into Rob at a Permaculture Convergence at Olds. We kept in touch, and I decided to do my PDC with him and Jesse Lemieux in 2009. At that point, I knew what I wanted to do but needed some more hands-on experience. The PDC was helpful in giving me the tools needed to expand my work.

In 2010, a chance encounter with the principal of Jasper Place High School led me to a teaching contract and the creation of a permaculture club and school food forest. The students and I designed a couple of food forests and built Canada’s first high school aquaponics system. Working on these projects meant using practical and creative problem-solving to achieve math and science learning outcomes, and seeing disconnected ideas from different silos come in the service of new and novel systems was really exciting. I also started developing an ecological model of education that treated individual curricular outcomes as elements in a more significant cross-curricular network. Under this model, learning isn’t the magical absorption of new concepts; it’s the intentional linking of new ideas to existing ones, and if you can increase the edges between two subjects you can create the potential for even more connections. The same thing that’s going on in your permaculture garden can now happen in your mind.

The big surprise for me was how effortlessly permaculture translates across seemingly different disciplines. One result was that, perhaps counter-intuitively, I fell in love with cities. Cities are places that maximize connections. I’ve come to appreciate that, just like nature, cities facilitate linkages between their components. My thinking on this has evolved to the point that I feel very strongly that cities are natural. That’s not to say that they’re not without their problems, but I think that you get something extraordinary when you integrate cities with ecosystems (biophilic cities). I currently spend a lot of my time working at this ecotone between the built and natural environment – that’s the common thread behind most of my quirky projects.

Around 2011, I read an article in Permaculture Magazine about Warre Hives – beehives designed to function like hollow tree trunks (the natural habitat of the honeybees). Not long after, I developed a version that uses standard Langstroth frames. I’ve been building and selling them ever since through BeecentricHive.com; I currently manage a dozen of these hives around Edmonton and in my backyard.

In 2013, I became a member of the Edmonton’s Food Council – a group of 15 volunteers that work with city administration to implement fresh, Edmonton’s Food and Urban Agriculture Strategy. I’m especially interested in promoting edible landscaping, urban agriculture, biodiversity, and biophilic city design. In 2014, I started working with Edmonton’s Roots for Trees program to plant native perennial forests in city ravines. Each year, the city and I bring together a hundred or so volunteers to plants thousands of edible native perennials in the river valley. Currently, I run a consulting company called Public Ecology and contracts with Sustainable Food Edmonton, Northlands, the John Janzen Nature Centre, and the Edmonton Zoo to run agriculture education programs. I also teach local beekeeping and permaculture courses on the side and am in the process of working with community members to create an urban honey co-op. 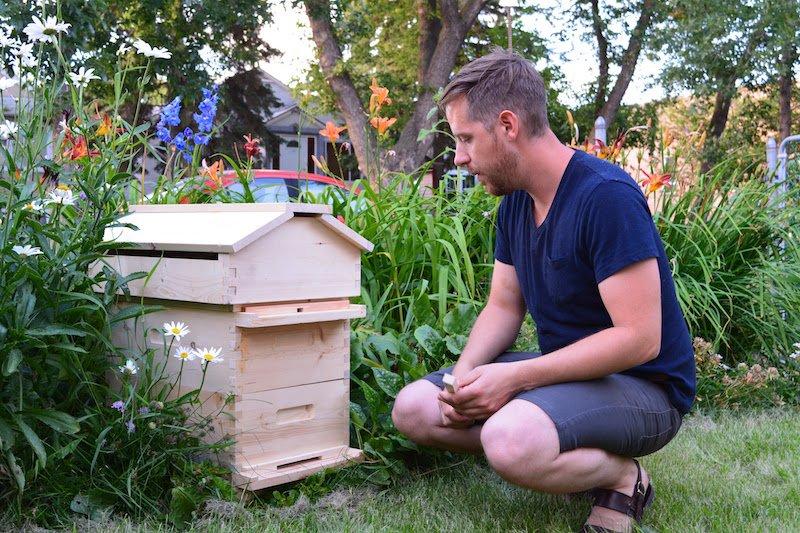 Lately, I’ve been especially interested in propagating trees. I kept learning about unique Edmonton varieties like the Capilano apricots that someone guerrilla gardened along 75th street or wild goji berries – remnants of early 20th century Chinese market gardens – that have naturalised to the river valley. I keep thinking that these are locally important plants and that their stories need to be told. So a few years ago, I started searching for other historic, hardy food-producing plants and I keep finding them! I’ve begun propagating them in my backyard and selling them as 18 to 24-inch tall whips through ForestCityPlants.com.

Last fall, I planted out locally harvested white and black walnuts, but I also brought in some hardy pecan, honey locust, and Siberian C peaches. When it comes to plants, I have a high tolerance for failure, so it’s fun to try new species like pawpaw, persimmons, and magnolias – all of which I planted last spring and seem to have overwintered well. I have a strong sense that we’ve yet to discover what’s possible.

Trees are these amazing connections between past, present and future. They all have stories. I love the idea of planting a seed of that could live for hundreds or thousands of years. These are the things I nerd out about. Slow food, slow money – I’ve been thinking a lot about Slow Landscaping lately. What are our future historic trees? Who’s planting them now? I brought in some bristlecone pine seeds last fall. I love the idea of handing them out to people and saying “Here. Plant this. It can live until the year 7018.” Where do you plant a 5000-year-old tree?

I think that the biggest strength of permaculture is its ability to provide alternatives to our doom and gloom cultural narrative. We are not doomed. We are not inherently destructive. We are not a cancer, a virus, or a plague. We can embrace and work with nature. We are a keystone species with the ability to create abundance. Permaculture’s story is that we have the power to influence the future so we might as well make it a good one. And that’s incredibly empowering.

Wow Justin, what a great story! I love the idea of handing out seeds and saying ‘choose your spot carefully, it’ll still be there in 7018’ Keep up the great work. 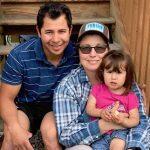