Brent worked as a federal biologist for 15 years in Saskatchewan and Alberta performing ecological restoration, monitoring human land use impacts, and defining ecological sustainability. It was only after a Master’s degree in GIS and rangeland ecology in 2013 that Brent became interested in economics, systems theory, and limits to growth. He realized what he was doing was not personally rewarding, nor did it truly serve the interests of sustainability.

Nadine, on the other hand, learned sustainability through lifelong practice. She considers both BC and Alberta her homes, having lived off the land in a minimalist homestead, ran an urban landscaping and horticulture business, all the while tending to her gardens.

After taking their Verge PDC’s, Brent quit his job and started Paper Street Permaculture with Nadine in January 2015. Their goals were to start small and slow, accrue little or no debt, and combine their talents in GIS, native plant knowledge, and garden design. In their first year, they managed to acquire some land to start a tree nursery and food forest while covering their operational costs without taking on substantial debt.

Currently, Brent and Nadine are seeking to stoke interest in food production at local elementary schools in Medicine Hat. Their ultimate goal is to lead productive and meaningful lives without all the trappings of the current consumption-based society, to set the example going forward for their kids and grandkids.

With their combined education and experience, Brent and Nadine are happy to consult on everything from rangeland grazing plans and ecological health assessment to plant succession and guild designs.

Brent and Nadine want to help establish a local network of food producers and value-added industries in the Medicine Hat area to promote local resilience. With rapid changes occurring in the oil and gas industry, they see opportunities for changing mindsets and implementing permaculture practices in Medicine Hat, a place with a strong agricultural economy. 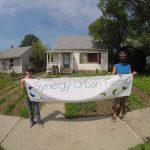 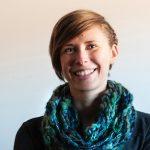