How Permaculture Changed My Life, by Jon Berlie

Welcome to “How Permaculture Changed My Life”, our blog series that features personal stories from students speaking on how permaculture shaped their careers and their lives. This month, we’re featuring Jon Berlie, who has transformed his property into a perennial food forest and currently works with Calgary’s Leaf Ninjas on ecological restoration projects: 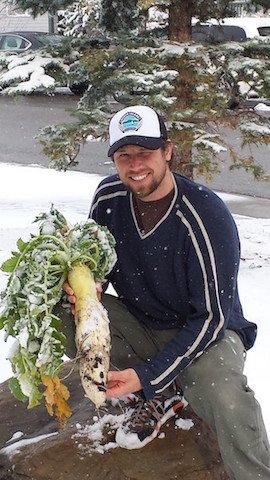 I came across permaculture a few times before I did my PDC with Rob and Michelle. The first was when I was traveling in Central America in 1998 and met this guy backpacking through Guatemala. At the time I thought it was some sort of cult (“you do what?!”), but later on in 2002, I was working at a botanical garden and met another person there who was a permaculture designer. He was responsible for the solar heated showers, the cinnamon trees, and the vanilla plants growing all around. It was beautiful.

Even so, I didn’t put the pieces together. I was still pretty young back then. I wanted to go kayaking and snorkeling instead of absorbing information. Then I came back to Canada and tree planted for about 10 years in BC and Alberta. That really opened my eyes to botany, ecology, and the act of growing things.

When I came back to Calgary, I decided to work on a property. My wife and I started doing research online and began getting hands-on with things like hugelkultur. We ripped up the front lawn of our rental place and put in a garden – it was basically our first attempt at SPIN farming. For a while the landlords didn’t care as long as we paid the rent, but we eventually got evicted because they were doing renovations on their own house and needed a place to stay. It was sad but inevitable; we had invested a lot of time and energy into the project, so even though we found a new rental property with a beautifully graded backyard that was perfect for swales, we were reluctant to do too much.

After a while, we decided to take on what Rob warned me in the PDC to avoid at all cost: A mortgage, AKA the death pledge. But I knew I wanted a property where if I did something, no one would come along and tell me to take it out. We got a good deal on a place up at Coventry Hills, which unbeknownst to me was already home to quite a few forest gardens. The first thing I did, before we even got the furniture in, was to pull out the dead tree in the front yard and put in a pear tree. And some strawberries. The next thing was getting an arborist to drop off two loads of woodchips for mulch. Priorities! 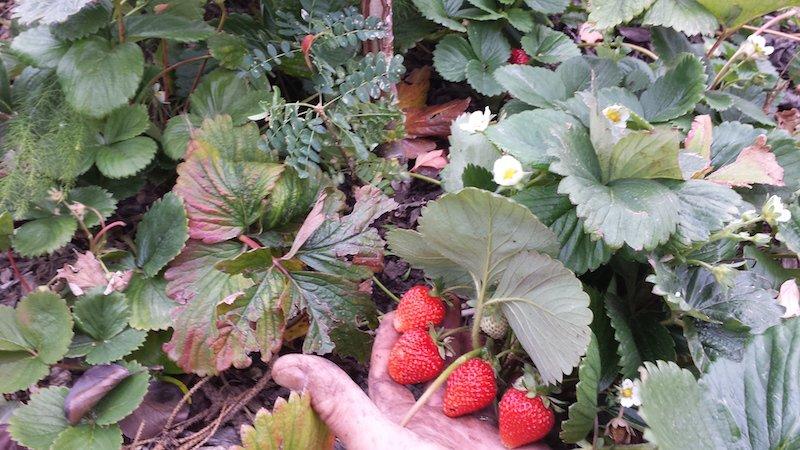 It’s been almost five years now, and the front and side yards are well-established perennial forest gardens filled with edible and medicinal plants. The backyard gets the most sun, so we primarily do annual veggies there. I’m currently about three-quarters into finishing a passive solar greenhouse with rounded timber frames, whittling away at it whenever I have spare time.

These days I work with an organization called the Leaf Ninjas – we do bioengineering and river repair jobs, using live stakings from willow, balsam, polar, cottonwood, and dogwood to stabilize slumping riverbanks and restore wetland and riparian areas. In and around Calgary there’s still a lot of damage left over from the 2013 floods, so there’s no shortage of renaturalization work. With my tree planting background, it just makes sense to plant trees here in the city, too. I love the act of it; whether it’s doing forest gardens or planting native species in parks, it’s like therapy for me.

It’s tough to be angry and fighting all the time, but being passionate and excited about creating new things on a regular basis? I can do that.”

Prior to permaculture, I was a pretty avid deep ecologist, to the point where I wanted to do a lot of direct action against the system. Eventually I realized that constantly fighting against things is a big uphill battle. I also noticed an undercurrent of hypocrisy – people protesting the oil sands or fossil fuel extractions but rocking electronics and driving around without a second thought. I like how permaculture kind of circumvents the whole issue – we can reduce our dependency on destructive industries by using local resources and channeling the waste we do generate into precious resources.

What permaculture also taught me is that every problem contains a solution, and sometimes instead of fighting against something, you can create something new. As opposed to well, opposing things, you can instead move towards a positive direction. That positivity was attractive to me. It’s tough to be angry and fighting all the time, but being passionate and excited about creating new things on a regular basis? I can do that.

I think I first bumped into Rob and Michelle on a Seedy Saturday over in Kensington Hillhurst. Usually I prefer to learn things on my own, but after a while I decided to try an intro course – I think it was a weekend or a day thing over at the Bow Waters Canoe Club. It was nice connecting with people and hearing Rob and Michelle tell their stories, of how they were engineers who walked away from the oil and gas industry. That really captivated me, and I thought to myself, these people have something of value to share. After that I signed up for the full PDC, and the rest is history.

I’ve really enjoyed the diversity of perspectives within the permaculture community, and how people come together from different specialties with varied interests for this common vision. There’s strength and stability in that. If I only hung out with people with a social work or outdoor activity background, I would have a pretty limited view of the world. I see this diversity even in my work with the Leaf Ninjas. As much as I wanted to go it alone as an entrepreneur, joining up with them has been great because they’ve been at this for six to seven years. I’ve learned a lot from their successes and their failures, and as a collective we are able to each contribute what we do best. I’m really fast at planting trees, for example. Another person’s really good at negotiating contracts with the city. We come together and work synergistically, collaboratively, almost as a social ecosystem.

The permaculture lens has become a habit. On some days more than others, of course.”

How has permaculture changed my life? It’s funny, because I find this way of seeing the world has spread everywhere, into my hobbies, into my day-to-day thinking. If I was planning to drive out to the mountains to go ski touring, I would want to capitalize on making the most out of that trip – stacking those functions. When it comes to replacing a piece of furniture, I’ll find myself now settling into a thought session as opposed to just grabbing the most convenient thing. Is there another purpose I can incorporate into that new bookshelf I want? Can I use nearby scrap material to make it? The permaculture lens has grown into a habit. On some days more than others, of course. 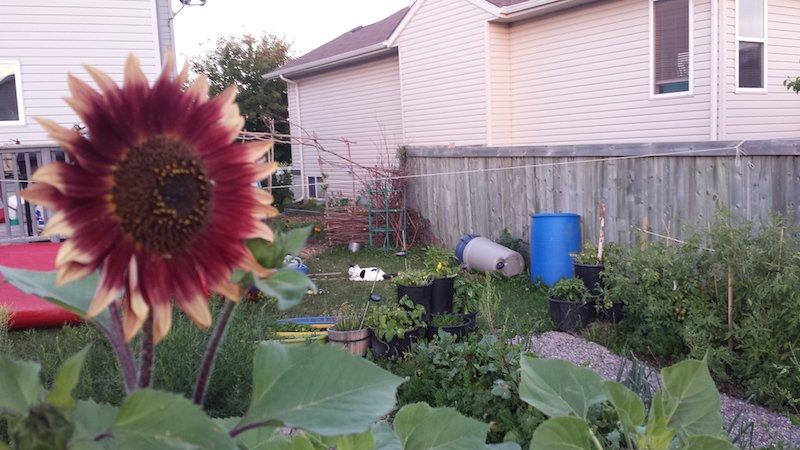 If there’s one area of growth I hope to see in the permaculture movement, it’s in opening up to the mainstream instead of remaining a fringe thing. I can’t remember who it was, but I once heard someone say that she hopes one day permaculture won’t even be a concept because it’ll just be how things are done. I think we can work towards that by not being adversarial to the mainstream and the status quo. We need to lure people into it. We need to show them that it’s amazing (and not a cult!) and that it works, even if things may seem counterintuitive at first. Once you understand what’s going on, you’ll see why permaculture makes so much sense. Like I came to see. 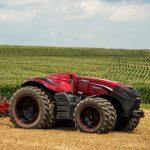