Recently, I attended a community meeting where we spoke about looming climate shifts. As part of the evening, we watched a presentation by Stuart Scott from Columbia University on the future of our planet as it pertains to climate change:

The presentation was sobering to say the least. In a nutshell, Stuart’s claims are as follows:

Stuart made some good points that are worth considering. However, I want to give a slightly different point of view on all of this. I want to start with a quote I think of often in the world of Big Data and computer models:

“All models are wrong, but some are useful.”

In 1969, Edward Norton Lorenz created a massive model, likely the largest of its time, in an attempt to analyze the global climate system. The goal was to use computers to help uncover insights into a hypercomplex system that we all depend on. Using this massive model, Lorenz ran several simulations using the exact same data, with one of them coming out very differently. Upon further investigation, he realized that one of the variables he had inserted into the model was off by a minute amount, but the mistake had changed the entire outcome of the simulation. This was this accident that coined the term “The Butterfly Effect”, the idea that a butterfly flapping its wings in Africa could cause a hurricane in Brazil.

“During the 1950s, Lorenz became skeptical of the appropriateness of the linear statistical models in meteorology, as most atmospheric phenomena involved in weather forecasting are non-linear.[2] His work on the topic culminated in the publication of his 1963 paper ‘Deterministic Nonperiodic Flow’ in Journal of the Atmospheric Sciences, and with it, the foundation of chaos theory.[2][5][6] He states in that paper:

‘Two states differing by imperceptible amounts may eventually evolve into two considerably different states … If, then, there is any error whatever in observing the present state—and in any real system such errors seem inevitable—an acceptable prediction of an instantaneous state in the distant future may well be impossible….In view of the inevitable inaccuracy and incompleteness of weather observations, precise very-long-range forecasting would seem to be nonexistent.’

The reason I’m quoting Box and Lorenz is that it’s important to acknowledge the uncertainty inherent to model predictions. I’m not stating this because I am a climate change denier – that’s a term I cannot stand. I’m stating this more to get at the fact that we need to understand the scope and limitations of the models we develop before arriving at concrete conclusions. If someone came up to me and said that climate change will wipe out the majority of the world’s population and wants advice on where to move, I would ask them about the data they based their assertions on. Of course, they would likely list the models developed by highly esteemed scientists as proof. But the truth is neither of us knows what will happen in real time and in real life, nor do any of the scientists. So where does that leave us?

“All models are wrong, but some are useful.”

If we can learn to look at models with less bias, emotion, and anxiety, we can derive many insightful and constructive perspectives from them. Here’s what I glean from presentations on climate models:

With these takeaways in mind, I can then brainstorm activities and chart a logical approach that individuals or a community of individuals can do. In my next post, I’ll delve into this approach and its unlikely source, so stay tuned! 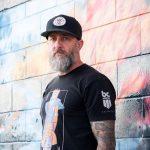 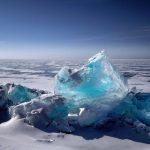