Last time, we talked about predictable risk that falls within a Gaussian distribution. But not all risk follows this pattern; some risks are rare and catastrophic and can only be explained in retrospect. These risks are called black swans. When a system contains extreme outliers that are hundreds, thousands, or millions of times further from the mean than expected, they can cause massive amounts of destruction and change the course of history. These risks are always unprecedented and thought not possible to exist.

Nassim Nicholas Taleb labelled these outliers black swans because they serve as an analogy to these rare risks that can go unseen because of a mathematical proof process called induction. The process of induction attempts to make sweeping conclusions about a system by implying that unseen characteristics about a whole system through positive observations of a partial system. For hundreds of years, European biologists and birders only saw white swans. Through induction, they concluded the world only contained white swans. When they travelled to Australia, the sighting of black swans forever altered their perception of all swans.

This analogy can be true of risks in almost any domain: earthquake magnitudes, weather events, stock market behaviour, pandemics, food security, solar flares, and on and on. When professionals make predictions or assumptions without acknowledging that the foundation of their prediction relies on induction, it can open us up to unexpected and catastrophic risk. Millions of observations which lead to theories can be thrown out in an instant when one observation is made to nullify a model based upon induction.

If black swans are almost impossible to spot and predict, what can we do? Dr. Taleb came up with a solution that I think is pretty incredible. It relies on our ability to look at any system and assess its state of fragility.

There are three primary states of fragility: Fragile, resilient, and antifragile. Quite simply, things that are under duress will react differently, depending on which state they are in:

3.) Antifragile things, on the other hand, need a dose-dependent amount of stress for optimal function. (Muscles get stronger after lifting weights, pastures get more productive when properly grazed)

Using these categories, we can look at any system (economy, food, water, waste, or energy), do a little research, and determine their states. The brilliance of this method is that you don’t need to understand the failure mechanism to build a strong hedge. This is crucial because trying to pinpoint the straw that will break the camel’s back is a low probability exercise. Understanding the implications of the camel’s back breaking is far more valuable because you can then invest in hedges or insurance policies that make the camel’s back resilient to the event or improve your situation even when the worst does happen.

To take this one step further, consider the concept of hedging or betting on the demise of a specific system. The best hedges are ones that have huge upsides in the event of collapse and low downsides should nothing happen. This is what we call an asymmetric payoff. This has been an important learning personally because it has put my mind at ease when looking at the world’s fragility. I used to worry a lot about food, water, and energy systems, but now instead of worrying, I look for asymmetric options to invest in. Here are some examples of fragile systems and asymmetric options that individuals can use to strengthen their positions:

To emphasize the point about asymmetry, take the hedge of owning one year’s supply of food. It is asymmetric because the cost of buying one year’s supply is relatively small and you have to eat three times a day anyways. The best case scenario is that you eat your supply, so the hedge cost is neutral to negative (negative in that to buy a full year’s worth of food you will likely need to buy it in bulk, which will likely save you money.) In the event of a disruption though, the food will become more valuable than gold. 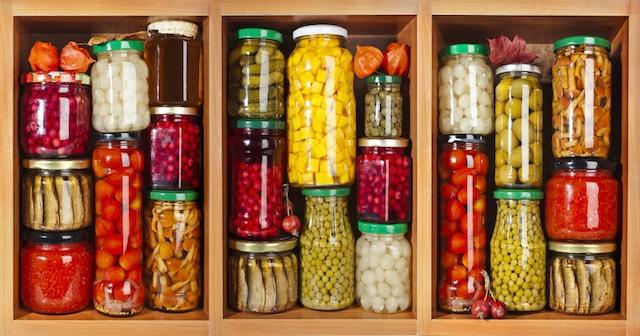 Investing in food. Image from Shutterstock.

It’s worth noting that food, energy, water, and money systems are all interconnected. A disruption in one can have cascading effects through every other. One of the strongest hedges against this interconnected black swan is community. It costs virtually nothing and in times of crisis can make all the difference. Cuba and Russia both have rich case studies to show how this made the difference between survival and complete collapse.

Remember, black swans are almost impossible to predict, both temporally and in specific triggers and outcomes. The best we can do is to have a variety of options and hope some of them will yield positive results. Knowing that only 10% of our measures will succeed reinforces the importances of investing in hedges that have large asymmetries, i.e. cheap or free to purchase, own, or have very large upsides.

Which Camp Are You In?

While exploring the fragility of the world recently, I have found that people generally exist in three camps:

Camp #1: We live in the safest time in history with the least poverty, disease, malnutrition and the highest level of education.

When I speak with people about the ideas of systems states people that fall into the first two categories usually think I’m nuts to be thinking about this stuff. My first response to them is a simple question: “Do you own life, critical illness, or disability insurance?” Most of them respond yes to at least one, if not all three. My next question is this: “How do you justify these policies yet think that hedging against systems that are primary to your survival is crazy?”

If you have been reading this post, you will see that Camp #1 probably suffers from a serious case of inductive reasoning. Using past statistics to predict future outcomes is very risky and exposes one to the wrath of black swans.

Camp #2 chooses ignorance and will likely never care enough to consider the deeper consequences and is not really worth considering in this series.

Camp #3 is likely so driven by fear that they are making poor choices and are likely not enjoying life very much.

What I am proposing is a new camp, a hybrid that is a mix of all three camps. Let’s call it camp #4.

Camp #4 recognizes how lucky we are to live in such incredible times. Camp #4 enjoys their lives to the fullest because they understand basic systems theory and their dependencies on primary grids. They also know how to create inexpensive insurance policies that protect them from a variety of hidden risks. They have disengaged from the 24-hour news cycle because they recognize that the news profits from engaging the limbic brain that facilitates flight or fight responses, that most of what is reported is noise and not signal. Camp #4 knows that they have covered their bases as best as they can and that cutting out the noise allows them to live with the optimism of camp #1, the indifference of camp #2, and the perceived insurance of camp #3.

Next up: Land as Insurance and the Role of Farms 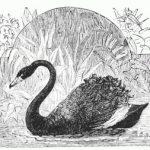