Agriculture is in Josh’s blood: His mother’s parents were farmers near Grassy Lake while his father’s parents were cattle ranchers in the Cypress Hills. As a result, Josh grew up with a passion for growing food, being outside, and caring for the environment. After getting his BFA in Dramatic Arts at the University of Lethbridge and becoming a professional theatre designer, he realized that his passion for enacting meaningful change to help the planet was worth pursuing. He completed his Verge PDC in 2014, and since then he has been driven to build a local food economy in Lethbridge, his home for 29 years.  Josh founded Synergy Permaculture and Urban Farms to educate people on the possibilities of local food production by showcasing examples of urban agriculture and perennial food forests throughout the city.

About Synergy Permaculture and Urban Farms

Synergy Permaculture Inc. provides design and consulting services while Synergy Urban Farms is the wholesaler of fresh produce. Driving both operations is the mission to educate residents of Lethbridge on growing their own food and to cultivate opportunities for a food economy where everything is produced, processed, and consumed within city limits.

What makes Synergy Urban Farms unique is that everything is produced on shared lands. Shares of food are offered to local landowners in exchange for growing land. This urban agriculture model is highly visible and promotes awareness in local neighbourhoods and on social media channels. By selling directly to restaurants, grocers, farmers’ markets and their Community Supported Agriculture (CSA) program, they are also able to keep their costs down and make produce available to people from any income bracket. 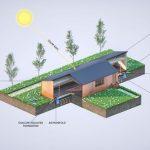 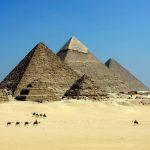