Intern Update From the Verge Headquarters

“Seedlings, More Seedlings, and a Drip Irrigation System or Two”

During the second week of the Verge Internship, interns participated in a bunch of different activities. Several of us worked on preparing small soil blocks for starting seedlings, and  transplanted any already sprouted seedlings. Creating soil blocks involved mixing up a special blend of soil amendments in order to ensure the block will hold together and work properly with the soil block maker. See the video and information posted on the Verge Permaculture Facebook page for more details on making soil blocks.

We also pricked out some salad greens from grow beds in the green house and potted them individually. These salad greens will be planted in the outside garden beds at a later date. A brief summary of how to prick seedlings is provided here.

Another portion of the day was spent designing an irrigation system for two large beds in the front of the house. Two different designs were developed in order to utilize the water captured by a 1,000 litre tote. One of the proposed designs utilized a gravity fed system in order to water an estimated 280 plants and the other proposal was for an automated system which relies on a pressurized pump to water the plants through a series of sprinklers.

Garden bed preparation was completed in order to get things ready for transplanting and seeding once the weather warms up a bit more and the threat of frost is reduced.

Overall, all the interns have been taking their permaculture knowledge and putting it to productive use. We’re all looking forward the new projects that have been slated for this year. Stay tuned for what we tackled next as the weeks unfold. 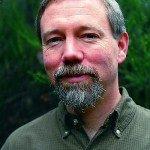 Toby in Calgary this Week – Permaculture Set to Explode!Uncategorized 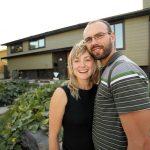