Wave Power at the Folkecenter and its potential in Canda – Updated!

{After initially publishing this blog I came across a Vancouver-based company, Finavera Renewables, looking to develop a wave energy project (I think that it may be the first commercial application in Canada) off the west coast of Vancouver Island, in Ucluelet, BC. Check out this very interesting short clip of the technology:}

I was sitting around on a Saturday Morning this weekend tired of looking at a computer screen so Melissa and I decided to go for a bike ride over to the Folkecenter Wave Energy test site. The site consists of a long pier which allows test devices to be placed away from the shore in order to capture dynamic wave energy and transform it into power.

The Folkecenter is not currently doing any wave research of their own right now due to limited funding but they rent the pier out to other companies with innovative ideas who want to test their designs. Currently the Wave Star is being tested at the Folkecenter which can be seen in our pictures below and on their website.

Wave power is an up and coming field which is getting a lot of attention in Europe right now due to the fact that there are large coastlines in Western Europe in and because waves have significantly more energy density than other transfer mediums, such as wind. Wave energy is commonly confused with ?flux or tidal power? which captures energy from diurnal tidal movement in order to produce renewable energy. No commercial wave energy farms currently exist but there are plans for commercial applications in the Orkneys off Northern Scotland and Cornwall England.

Waves are essentially another form of wind energy as waves are formed by the wind. Wave size can be directly correlated to (i) the wind speed, (ii) the distance over which the wind excites the waves and (iii) the depth of the ocean floor. Essentially, the ocean is a giant sail capturing energy from the wind over a very large area and converting this energy into waves. If humans learn to master the art of capturing energy from waves we will be able to substantially decrease the footprint per unit of energy captured due to the increased energy denisty.

I am not going to bore all of you on how the energy in a wave is calculated but I will leave you with an example of how much potential energy can be stored in one wave. Briefly, wave energy density is a function of wave speed and height. For example, a wave 15 m in height with a period of 15 seconds (i.e. waves at 15 second intervals) can have a potential energy of 1700 kW/m. Although this size of wave would be rare it illustrates how much power can be stored in water. A good wave site will have any average energy density of approximately 20kW/m to 70kW/m which is still quite large. This would be equivalent to the amount of solar energy that falls on 2 square kilometres of land.

There are a various ways of capturing the energy from waves. As you can see in the picture to the right the motion that wave devices usually try and capture is in the form of an oval. Highly buoyant objects are used to transfer elliptical motion into vertical motion. This power is then transmitted through one of many different power take-off devices which can include: hydraulic rams, peristaltic pumps, pump to shore, hydroelectric turbines, air turbines, and linear electrical generators. Once the power is captured it can be used to turn a generator producing electrical power.

Example of Capturing the Energy in Conrwall England:

Wave power has huge potential globally and as conventional forms of energy start to become more expensive countries with large coastlines and prevailing winds will start looking to exploit this form of energy more and more. The global potential of wave power has been estimated at 8000 to 80,000 terawatt hours per year or 1 ? 10 terawatts. This is the same order of magnitude as the worldwide energy consumption figures, listed below for comparison:

Rob shows the world how much power is in the Human Wave!

There are a few major developments that are taking shape here in Europe with respect to wave and tidal energy. In the next two to three years there are three major test projects that will be launched to demonstrate new technology. As oil and gas prices continue to rise, competitiveness of wave power is going to be increasingly attractive as there are very few apparent environmental drawbacks to their use. I believe that in the coming decades wave and tidal power are going to play an important role in generating power for maritime countries around the globe. Here are a few links to some companies who are in the process of developing new technology in the area of marine renewables:

Wave Power at the Folkecenter and its potential in Canda - Updated!wpDiscuz 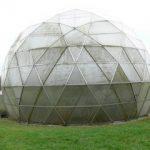