Jordan Saunders is a young farmer whose projects have already made a significant impact on the yards and hearts of many people across Western Canada; he shows by example that farming and permaculture homesteading are an attractive and viable path for youth looking for a career or entrepreneurial venture that is good for both people and the planet.

Jordan’s farming path began after an epiphany moment at a Vipassana meditation course where he decided he wanted to “be the change he wanted to see in the world”, and within months he had already applied for and received a grant to take his first permaculture design course and begin a garden share education program with 13 homeowners in his home town of Black Diamond. The program was very successful and most of the gardens have been continued by the homeowners ever since. On top of all this, Jordan and some friends also founded and operated an 18 share CSA farm in the same season, Grow Good Things.

Jordan now works and lives as the lead hand on a developing permaculture homestead in the Slocan Valley where this year he will be training two other full time interns and seasonal “Wwoofers” who will also be living and working on site. Watch and see how this inspired and motivated young person has created a valuable skill set through permaculture and farming, and see how he blazes a trail which is likely to be followed by many more like him in the future. 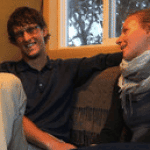 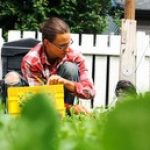