Join us, March 20-22, as Joel offers up his highly praised how-to’s for establishing and succeeding on your own farm right here in Alberta (or anywhere via online livestreaming), as well as two high-energy pep talks about the foibles of our food system, and our times!

His visit is a timely one. The movement toward local, organic food and “knowing your farmer” has gained popularity in Alberta and around the world lately, particularly as events like the XL Foods E. Coli contamination have cast a shadow on the conventional agriculture that supplies our restaurants and supermarkets. More and more, Albertans are becoming concerned with the health and ecological impacts of this system. They’re rolling up their sleeves and getting their hands dirty, as they learn what it takes to grow safe, quality food for themselves and their communities. As Salatin has watched the worsening impact of chemically-based, industrial agriculture on the quality of food, public health, and the environment, he’s became a man on a mission, spreading his commitment to sustainable agriculture in workshops and talks around the world:  “We are in the redemption business: healing the land, healing the food, healing the economy, and healing the culture.”

Hosted by Verge, he’ll deliver 3 days of nitty-gritty how-to workshops based on his books of the same title: You Can Farm, Pastured Poultry Profits, and Salad Bar Beef. And, if you can’t catch him in person, you can join Joel, for the first time ever, from 50 or 50,000 miles away as we broadcast his workshops anywhere in the world with online livestreaming! Or, join farmers, food producers, chefs and eaters at one of two community networking events, featuring his hilarious talks, “The Sheer Ecstasy of Being a Lunatic Farmer” and “Folks, This Ain’t Normal”,

With three generations of family farming history, a lifetime’s experience in entrepreneurial small farming, and growing international acclaim to back him up, Joel demonstrates conclusively that the dream of a profitable, healthy, sustainable, beyond-organic small farm enterprise is quite achievable… you won’t want to miss it! 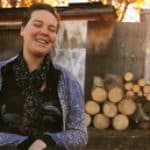 Permaculture and the Art of Having FunCommunity, Courses, Featured, Permaculture Projects 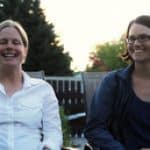